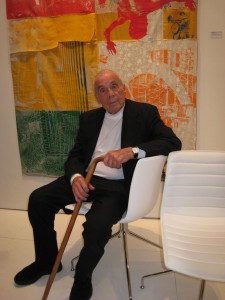 American painter, sculptor, printmaker, photographer and performance artist. While too much of an individualist ever to be fully a part of any movement, he acted as an important bridge between Abstract Expressionism and Pop art and can be credited as one of the major influences in the return to favour of representational art in the USA. As iconoclastic in his invention of new techniques as in his wide-ranging iconography of modern life, he suggested new possibilities that continued to be exploited by younger artists throughout the latter decades of the 20th century.