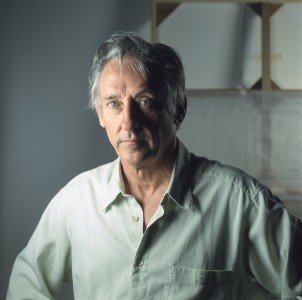 American painter and photographer. Moving to Los Angeles in 1956, Ruscha came to prominence there in the late 1950s when he began making small collages similar to those of Jasper Johns and Robert Rauschenberg. Because he drew upon sources from the real world and embraced the vulgar techniques and imagery of commercial culture, his work is associated with POP ART. However, unlike some Pop painters, Ruscha seldom seemed to be making art about other art. Ruscha used unconventional materials in his graphic work of the late 1960s and 1970s: he drew with gunpowder and painted and printed with foodstuffs and with a variety of organic substances such as blood and the medicine Pepto-Bismol. He was well known for his depiction of words and phrases. For his books he published his series of deadpan photographs, including Twentysix Gasoline Stations (1962), Some Los Angeles Apartments (1965) and Thirtyfour Parking Lots in Los Angeles (1967). Such work was influential for the development of conceptual art, although Ruscha’s pieces have a characteristic low-key humor. In the 1980s Ruscha’s work was characterized by a further exploration of the image. A major travelling retrospective was organized by the San Francisco Museum of Modern Art in 1982–3, andin 1985 Ruscha was commissioned to design a series of murals for the Miami–Dade Public Library in Florida, designed by architects Philip Johnson and John Burgee.