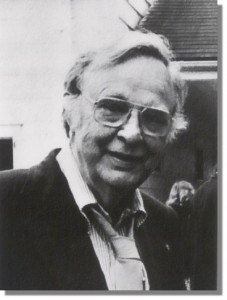 American painter. Robert Motherwell was a leading Abstract Expressionist who dramatically altered the American art scene during the mid twentieth century. At first desiring to become a philosopher, Motherwell studied the discipline at Stanford University and later at Harvard University. It was in 1938-9 during a trip to Paris where he observed modern art that Motherwell decided to pursue a career in painting and went on to study art history at Columbia University. When he moved to New York he joined with like-minded artists such as Jackson Pollock, Willem de Kooning and Mark Rothko among others. Motherwell also became close friends with Roberto Matta, whom he joined on a six-month trip to Mexico in 1941. Matta’s associations with Surrealism and the delving into the subconscious no doubt influenced Motherwell and other Abstract Expressionists. Reacting against typical artistic conventions, Motherwell started painted big and bold brushstrokes set against a minimal backdrop. His paintings were meant to evoke authentic emotion by doing away with the superfluous and hence uncovering what is most essential. In 1943 Motherwell began experimenting with collage, which he continued to do until the end of his career.  In 1944 he had a solo exhibit at Art of this Century Gallery in New York, leading to many more solo exhibits in the following years. Starting in the late 1940s Motherwell began painting his most famous works, Elegy to the Spanish Republic, a series of over 170 paintings that were inspired by the Spanish Civil War. The works represent the universal themes of human suffering and violence reflected in the jarring colors and forms of the compositions.  He also spent a great deal of time teaching and lecturing, which he did through the 1950s. A retrospective of his work was held from 1983-5 by Albright-Knox Gallery in Buffalo, NY, and his work is included in the collections of such museums as the Museum of Modern Art, The National Gallery, and The Guggenheim Museum.